The Ruins by Phoebe Wynne is her second and most recently published novel.

I’ve known since I began reading The Ruins that I would write a review. Just having finished the book this morning, it should have been a relatively easy task.

Properly conveying the emotions that I’ve felt while reading this book, however, is not as easy of a task as I anticipated.

In all honestly, I wasn’t sure what I was getting into when I picked up The Ruins. I didn’t really recognize the author, but in some distant corner of my memory I seemed to find a brief recollection that perhaps I had read another book written by the same author. The Ruins seemed intriguing so I decided to give it a go.

The Ruins by Phoebe Wynne

So now, fast forward to The Ruins by Phoebe Wynne.

Numerous things about this book attracted me to it. Not the least of which is the cover image. The cover image of a book is something that can literally make it or break it for me – in terms of whether I even pick up the book when I see it.

Yes, unfortunately, sometime I judge the book by it’s cover! Wrong, I know 🙂

The description inside the flap – “Welcome to the Chateau des Setes, a jewel of the Cote d’Azur.” If the cover image wouldn’t have done it, that first sentence right there would have caught me just as easily.

This book promised glamour, decadence, tension, suspense and perhaps some darkness. And much, much more. Those things were irresistable to me. I had to read it, despite the promise of darkness. 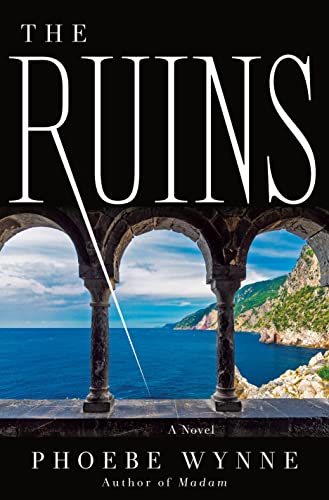 Publishers Synopsis of The Ruins by Phoebe Wynne

A suspenseful, contemporary Gothic coming-of-age tale with shades of Patricia Highsmith and Atonement, pitched against the sun-soaked backdrop of the French Riviera.

The most dazzling summer casts the darkest shadows.

Welcome to the Chateau des Sètes, a jewel of the Cote d’Azur, where long summer days bring ease, glamour, and decadence to the holidaymakers who can afford it.

Ruby Ashby adores her parents’ house in France, but this August, everything feels different. Unexpected guests have descended upon the chateau––friends of her parents, and their daughters—and they are keen to enjoy the hot, extravagant summer holiday to its fullest potential. Far from England, safe in their wealth and privilege, the adults revel in bad behavior without consequence, while the girls are treated as playthings or abandoned to their own devices. But despite languid days spent poolside and long nights spent drinking, a simmering tension is growing between the families, and the sanctuary that Ruby cherishes soon starts to feel like a gilded cage.

Over two decades later the chateau is for sale, its days of splendor and luxury long gone, leaving behind a terrible history and an ugly legacy. A young widow has returned to France, wanting to purchase the chateau, despite her shocking memories of what transpired that fateful summer. But there is another person who is equally haunted by the chateau, and who also seeks to reclaim it. Who will set the chateau free––and who will become yet another of its victims?

The Ruins by Phoebe Wynne – What I Liked

I have very conflicting emotions about this book. So let me start with all of the things that I loved.

The setting in the south of France, on the Cote d’Azur. Although the Chateau in this book is a fictional place, the Cote d’Azur is a region that I’ve traveled to and spent time in more than once. From the very beginning of the book I was somehow transported back there and I felt as if I, too, was living in the Chateau des Setes for what was supposed to be a glamorous, magical summer holiday.

And of course once I, personally, was transported to the Chateau des Setes in my mind, I also met up with the characters, some of whom I became fast friends with. And we, together, spent glorious days sunbathing, swimming in the sparkling blue Mediterranean and enjoying the extravagant lifestyle that was promised.

The Ruins is set is two different time periods. One of them is 1985, when some of the main characters are children, pre-teens, around the age of 11 or 12. Then thoughout the book are chapters that are flashes forward to 2010, when those same pre-teen girls would be adults, and told from the perspective of just one of them.

The story line set in 2010 is from the perspective of one of the characters who was a child in 1985 and is now an adult in 2010. The 2010 flash forwards don’t begin until Chapter 7, so I was already completely immersed in the 1985 story by the time I got to the first flash forward. That’s when Mrs. Cosgrove enters the story, and although I knew she was one of the kids from 1985, I had no idea which one. So, a bit of a mystery has begun!

One of the things I loved about this book is that during the earlier part of the book, I became completely enchanted and immersed in what seemed like a holiday for people with a life of priviledge. The adults and children alike enjoying a relaxing stay at a wonderful seaside chateau in the South of France. It sounded very enchanting.

However, as the book progressed, I felt that something was happening just below the surface with these people. Very subtle at first, but something was there. As more time goes on, the story becomes darker and darker. It eventually becomes apparent that the adults staying in the Chateau des Setes are totally dysfunctional, and some of them – much, much worse.

Despite the haunting, unsavory story beneath the story, I was completely engrossed in this novel. It turned into a race to the end so I could know the outcome of what surely shouldn’t have been happening to the characters that at the outset, I imagined as my friends.

And, for those of you who have read Phoebe Wynne’s debut novel, Madam, I realized when I was almost finished with The Ruins that there is actually a connection between the two novels. It’s a subtle one. I wonder if you will catch it?

The Ruins by Phoebe Wynne – What I Didn’t Like

To say that there are some disturbing elements to this book would be an understatement.

I absolutely found some of the subject matter to be despicable, but as it was part of this story, I had to see it through and hope for some resolution for these characters.

I didn’t like that this book featured emotional and sexual abuse of young girls. But, it was part of the story, and for whatever reason, I personally loved this book. Some however, may not be comfortable reading about the references to child abuse that are referred to throughout the book.

And finally, I never really figured out exactly how the title – The Ruins – was meant to tie in with the book. So now I’m wondering if I missed something. I’m thinking of a few possibilities (can’t tell you – no spoilers here) but I’m just totally uncertain of how the author meant for this title to tie in with the story.

The Ruins by Phoebe Wynne – Read, ReRead or Reconsider

And now, for the 3 R’s of book reviews. Should you read, reread, or reconsider The Ruins by Phoebe Wynne?

This is a tricky one.

For me, this is a definite Read.

But it may not be for you. If you are easily offended by accounts of abuse, decadence and descriptions of generally neglectful and awful parents, then you may want to reconsider.

It has some totally bizarre elements, just as Phoebe Wynne’s debut novel, Madam, has. But despite the bizarre aspect of both books, I’m eagerly awaiting whatever comes next from author Phoebe Wynne. And, I’m going back to reread Madam next!

I hope my review has given you some insight as to whether or not you want to read The Ruins by Phoebe Wynne. 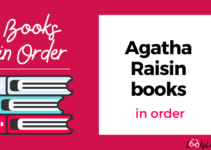 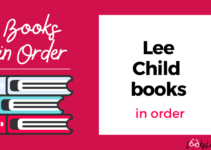 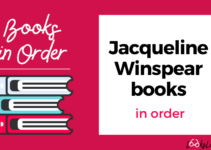