The Murders At Fleat House was highly anticipated by me, along with many Lucinda Riley fans, the moment we found out that she had a previously written and unpublished novel at the time of her very sad passing.

This is the only mystery/crime fiction type of book ever written by Lucinda Riley.

And because this was not her usual genre, I was not sure what to expect, but I certainly had a huge surprise as a worked my way through it.

Lucinda Riley, is also the author of the well-known The Seven Sisters series.

So why this descrepancy between “last book written” and “last book published”? Well, for those of you who are not aware, sadly, Lucinda Riley passed away on June 11, 2021. This
was a shock to all of her fans, myself included. Not only because we loved her writing, and were saddened by her death at a relatively young age, but also because the final book in the wildly popular The Seven Sisters series was not yet published. This is the book that will finally reveal the secrets we’ve been waiting 7 long books worth to find out.

The other two books were The Butterfly Room, and The Olive Tree (which is also called Helena’s Secret), and both of those books have also been released. These two books were released before Lucinda’s death in 2021, and in fact, Lucinda herself apparently did extensive rewrites of her own work before they were published.

Interestingly enough, Lucinda never did any rewrites of The Murders At Fleat House, written in 2006. She didn’t have a chance to.

Tasked with the handling of his mum’s legacy, Harry Whittaker, Lucinda’s eldest son and co-author of the Guardian Angels childrens book series, had to decide whether he should do rewrites for The Murders AT Fleat House himself before publishing, or whether to leave it as is in Lucinda’s original voice. In the end, he decided to leave the book exactly as Lucinda wrote it with only minor editing. So, The Murders At Fleat House is Lucinda’s actual work written back in 2006.

Incidentally, if you’re also a fan of The Seven Sisters series, Harry Whittaker is also tasked with the completion of the final book in the series, Atlas: The Story of Pa Salt. Apparently, Lucinda left him with all the secrets of the series, which allows him to finish the book in time for publication in 2023.

The first Lucinda Riley book I ever read (almost 10 years ago) was The Midnight Rose. And the rest, as they say, is history.

I instantly fell in love with her style of writing. Her novels largely feature vast, sweeping family sagas set in interesting places around the world in dual time settings, and the inevitable family secrets to be discovered.

The Murders at Fleat House

Synopsis of The Murders At Fleat House

The sudden death of a boy in St. Stephens Fleat House sets the stage for a mysterious situation at a small private English boarding school deep in the heart of Norfolk.

Is it an accident or foul play?

When Charlie, the boy who died suddenly, is exposed as having been an arrogant bully, it’s clear that more than one person may have had the motive to harm him.

The disappearance of another boy and a grim discovery in the school basement makes this one of the most challenging cases that DI Hunter has ever investigated.

The Murders At Fleat House – What I Liked

This is a super fast-paced page-turner of a mystery and it kept me guessing until the very end. The plot is twisty and I really couldn’t wait to turn the page. The story made me want to finish the book as quickly as possible because I couldn’t stand not knowing how it was going to turn out.

The atmospheric scene is set almost instantly in an English boarding school. The scene is further set with descriptions of the Norfolk countryside, from the marshes to the villages by the sea.

I could really envision the location. And what I particularly liked is knowing that Lucinda’s family lived in the area while she was writing the book. In fact, some of her children attended a school similar to the one portrayed in the book.

One thing that was surprising to me was that one of the characters was given the surname Cavendish. No spoilers here! The name is right on the blurb on the back of the book. The reason it’s surprising to me is that Cavendish is the surname of a well known existing British family with ancestors that go back hundreds of years. That family is the Dukes of Devonshire, of Chatsworth fame, if you’re a lover of English great houses that you can actually visit today. Chatsworth is a place that’s on my list of “must-sees”. In fact, I was heading there in 2020, but alas, the Covid pandemic arrived and I had to wait a bit! I suppose there might be hundreds of families with the surname of Cavendish that are not connected to the family of the Dukes of Devonshire. I’m not really sure, as I haven’t researched it. Maybe this is a popular surname in Britain. Like Smith in the United States! But nevertheless, I was a bit surprised at that.

Finally, I loved the main character DI Jazz Hunter. She was likeable and I could see her carrying on in a whole series of her own. Which leads me to what I didn’t like below….

The Murders At Fleat House – What I Didn’t Like

What I didn’t like is that there is only this ONE book. The main character Inspector Jazz Hunter is a vibrant character that could easily be the star of her own book series, if only Lucinda were still alive to write it. Who knows, perhaps that was her plan when she wrote this book. Wouldn’t it be a wonderful tribute to Lucinda if her son, Harry Whittaker, created a whole detective crime series featuring the very character that his mother created so many years ago (hint, hint)!

So yes, this section isn’t really about something I didn’t like in the book, but rather more about what I did like.

The bottom line here is that I loved this book and would love to see a whole series like this in tribute to the wonderful writer that Lucinda Riley was.

The Murders At Fleat House – Read, Reread or Reconsider?

And now, for my 3 R’s of book reviews. Should you Read, ReRead or Reconsider The Murders At Fleat House? What is my honest opinion about this book?

If you like atmospheric mysteries, this is a highly recommended book.

The Murders at Fleat House

Check out The Murders At Fleat House along with other books written by Lucinda Riley here on the Amazon Lucinda Riley author page.

Do you prefer to listen to your books rather than read them? Alot of people do. It’s great to be able to listen while you’re driving, taking public transportation, maybe while you’re working out, or even perhaps while you’re cooking!

If you’re one of those people, here’s a nice opportunity to try Audible free for 30 days. 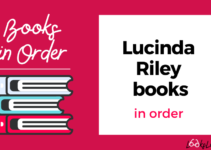 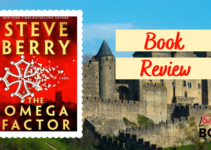