So, why am I giving you a list of Daniel Silva books in order?

If you love good thrillers and mystery books, especially ones that are fast-paced, have memorable characters and are set in interesting locations around the world, then hopefully you haven’t missed out on reading Daniel Silva’s Gabriel Allon series.

But listen, there are a lot of books in the series. And they need to be read in order.

And thankfully, the books keep coming. Usually every July!

So this post has a list of Daniel Silva books in order so that whether you’re already familiar with them or not, you can read them in the correct order so you don’t miss anything and understand what’s going on with the characters. Because, well…Gabriel Allon. Yep.

Daniel Silva is a former journalist and now a bestselling American author that writes what I would call spectacular spy novels full of international intrigue.

His first book, The Unlikely Spy, was published in 1997. And the rest, as we say, is history.

From there, he went on to write two more novels (The Michael Osbourne series), and then created the legendary character Gabriel Allon.

The Unlikely Spy – this is Daniel Silva’s first book, a WWII spy thriller.

All of Daniel Silva’s books have been New York Times Bestsellers and have been translated into more than 30 languages.

You can check out all of his books here on the Amazon Daniel Silva author page.

One of the interesting things about Daniel Silva’s books is that he takes things that are happening in current world affairs and weaves them into his books. Sometimes rather last minute. In other words, he may add a storyline that he hadn’t originally planned on because of something that’s suddenly currently happening in the world.

This really adds a dose of reality to the books. He explained how world events sometimes influence his books on a recent visit to the Today show, where he was talking about his last book, The Cellist.

Have Any Daniel Silva Books Been Made Into Movies?

But rumor has it that the rights to the books were acquired. However, no further information has been made public on whether a movie will actually be made and if so, when that might be.

What Genre Is Daniel Silva Best Known For?

Daniel Silva writes thriller and spy novels and has created a legendary character named Gabriel Allon. Believe me, if you’ve got a sticky problem with some international intrigue mixed in…you definitely want Gabriel Allon on your side. The alternative would be unthinkable!

I hope you’re ready for a great spy thriller read and that you dive head first into this list of Daniel Silva books in order. But remember, read them in order! 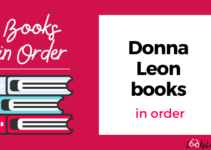 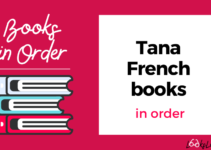 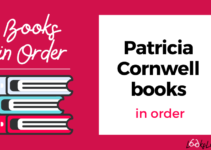